Systematically Defined Informative Priors in Bayesian Estimation. An Empirical Application on the Transmission of Internalizing Symptoms Through Mother-Adolescent Interaction Behavior 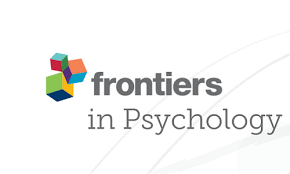 Methods The sample consisted of 102 mother-adolescent dyads (39.2% girls, Mage T1 = 13.0). Mothers and adolescents reported on their internalizing symptoms and their interaction behaviors were observed during a conflict task. We systematically searched for previous studies and used an expert-informed weighting system to account for their relevance. Subsequently, we aggregated the (power) priors using three methods: linear pooling, logarithmic pooling, and fitting a normal distribution to the linear pool by means of maximum likelihood estimation. We compared the impact of the three differently specified informative priors and default priors on the prior predictive distribution, shrinkage, and the posterior estimates.

Results The prior predictive distributions for the three informative priors were quite similar and centered around the observed data mean. The shrinkage results showed that the logarithmic pooled priors were least affected by the data. Most posterior estimates were similar across the different priors. Some previous studies contained extremely specific information, resulting in bimodal posterior distributions for the analyses with linear pooled prior distributions. The posteriors following the fitted normal priors and default priors were very similar. Overall, we found that maternal, but not adolescent, internalizing symptoms predicted subsequent mother-adolescent interaction behavior, whereas negative interaction behavior seemed to predict subsequent internalizing symptoms. Evidence regarding mediation effects remained limited.

Conclusion A systematic search for previous information and an expert-built weighting system contribute to a clear specification of power priors. How information from multiple previous studies should be included in the prior depends on theoretical considerations (e.g., the prior is an updated Bayesian distribution), and may also be affected by pragmatic considerations regarding the impact of the previous results at hand (e.g., extremely specific previous results).